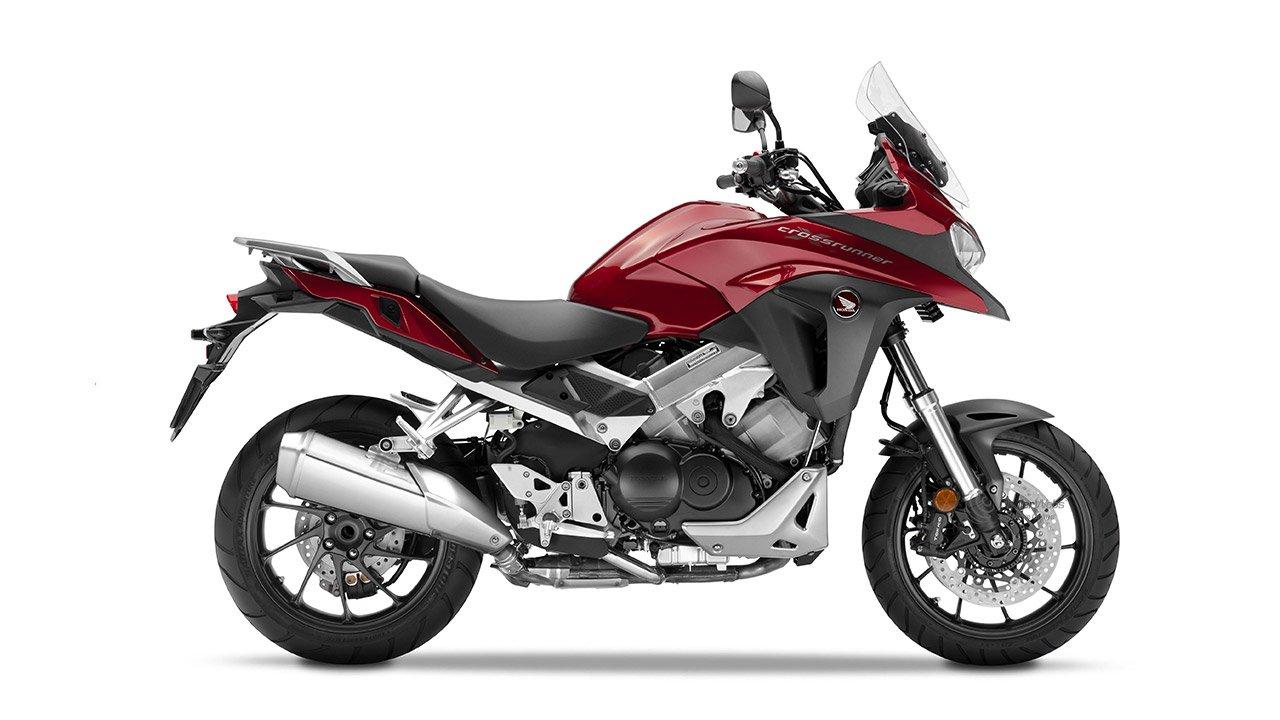 Core of the VFR800X Crossrunner is its 90° V4-VTEC DOHC 16 valve engine . It packs boosted low and mid-range torque for fluid, effortless drive plus improved top-end power compared to the previous model, and features a new 4-2-1-1 exhaust similar to the new VFR800F

In addition the VFR800X Crossrunner rider benefits from Honda Selectable Torque Control system (HSTC) - similar to that fitted to its big-brother VFR1200X Crosstourer. If the system senses an imminent loss of rear wheel traction it seamlessly reduces torque to allow the tyre to grip. Two levels of HSTC are available (plus off) and mode selection appears within the LCD instrumentation.

The evocative aluminium twin-beam frame featured a revised subframe for 2014 while the single sided aluminium swingarm ­- another VFR signature piece - was made stiffer and lighter. Visually identical to the VFR800F, the VFR800X Crossrunner's suspension has longer travel; 25mm in the two-piece telescopic forks and 28mm in the rear shock. ABS is fitted as standard and the front 17-inch hollow-cast aluminium wheel is fitted with dual 310mm discs, worked by radial-mount four-piston calipers.

The VFR800X Crossrunner is a true VFR - a motorcycle designed for hard riding fun, but with style, comfort and practicality. Accordingly, the seat is adjustable, offering two height options, and 5-stage heated grips and Honda's self-cancelling indicators are both fitted as standard. Full LED lighting adds a distinct presence and premium finishing touch.